As within so without…

As within so without…

Good vibrations to you.

Did you know, an awareness of our own vibration is key to our happiness?

Now I’m not trying to get all hippy on you, I just feel like I want to share this idea with you, especially after the past couple of years, perhaps we’re still all feeling a little stagnant or in a shock/PTS state as the world seems to have woken up from the covid coma we’ve been living in. I’m sure you can relate to the passive energy wasted on sofas or lying in bed, when what you want to be doing is be out and about and getting social with friends or family.

I want to look at that as the idea of vibration. I feel connected with it and felt the need to blog about it, recently I’ve felt there’s been no time and so I started getting up much earlier and I feel better for it. I feel as though I’m vibrating at the rate in which I need to in order to do what I want to do.

It’s more of a natural science that was understood not only by the ancient Egyptians but also 20th and 21st Century scientific genius.

So who are we to argue!?

It has been well documented that the human body is an interpreter for beams and waves of light and sound, these things we see and hear are not ‘real’, they are simply particles vibrating with energy at certain frequencies that interacts with different particles around it. Our ability to interpret them is what makes us special compared to other animals. Our awareness of our world and beyond is impressive and I don’t think we could do that until relatively recently because we just weren’t vibrating hard enough.

(Is it just me or is all this talk of vibration a bit ‘erm’, pls forgive me!)

I hope that what I’m really trying to say will seem more obvious when I give examples. The Universe is filled with similarities from the micro to the macro! 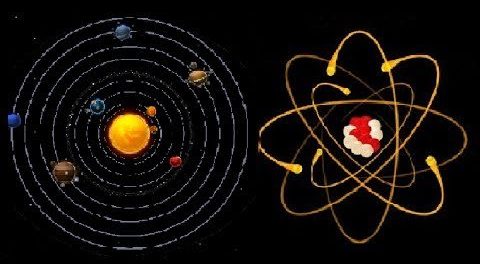 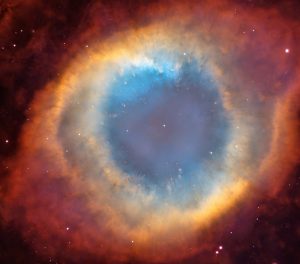 I know you must have thought this before, I think about it almost all of the time. Especially when it comes to thinking about how humans interact with each other and the planet. 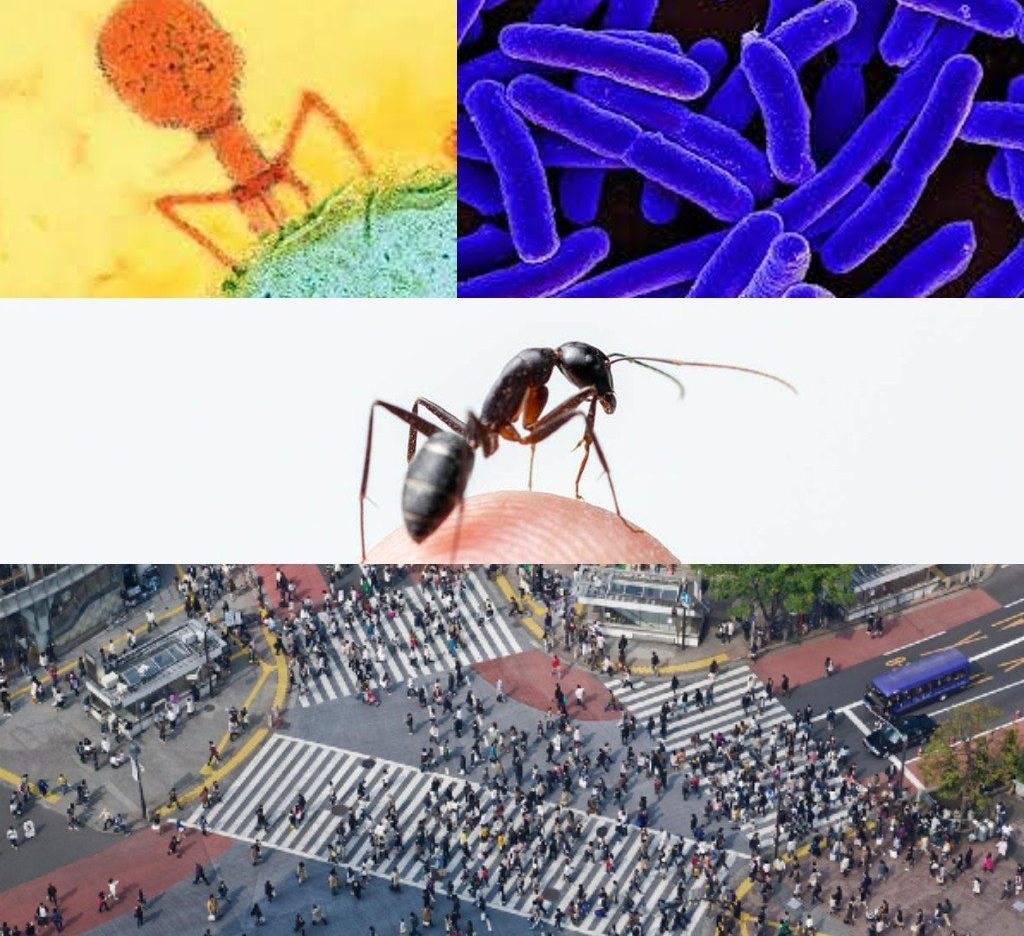 Depending on what you believe creation to be, I think it’s safe to say that everything came from the same place, whether it was at the hands of God or from the singularity known as the big bang.

So regardless of what we’re looking at, be it under a microscope, through a telescope or even with the naked eye, it has all come from the same place in time. It has all therefore come from the same matter. Understandably, ‘so much time has passed’ that things have been able to evolve, develop, multiply to the point of things being very diverse, but diverse doesn’t mean we’re drastically different on the micro or the macro level.

In very large numbers we will always consume to extinction. As individuals, our bodies are still made up of those amino acids, same as the next. 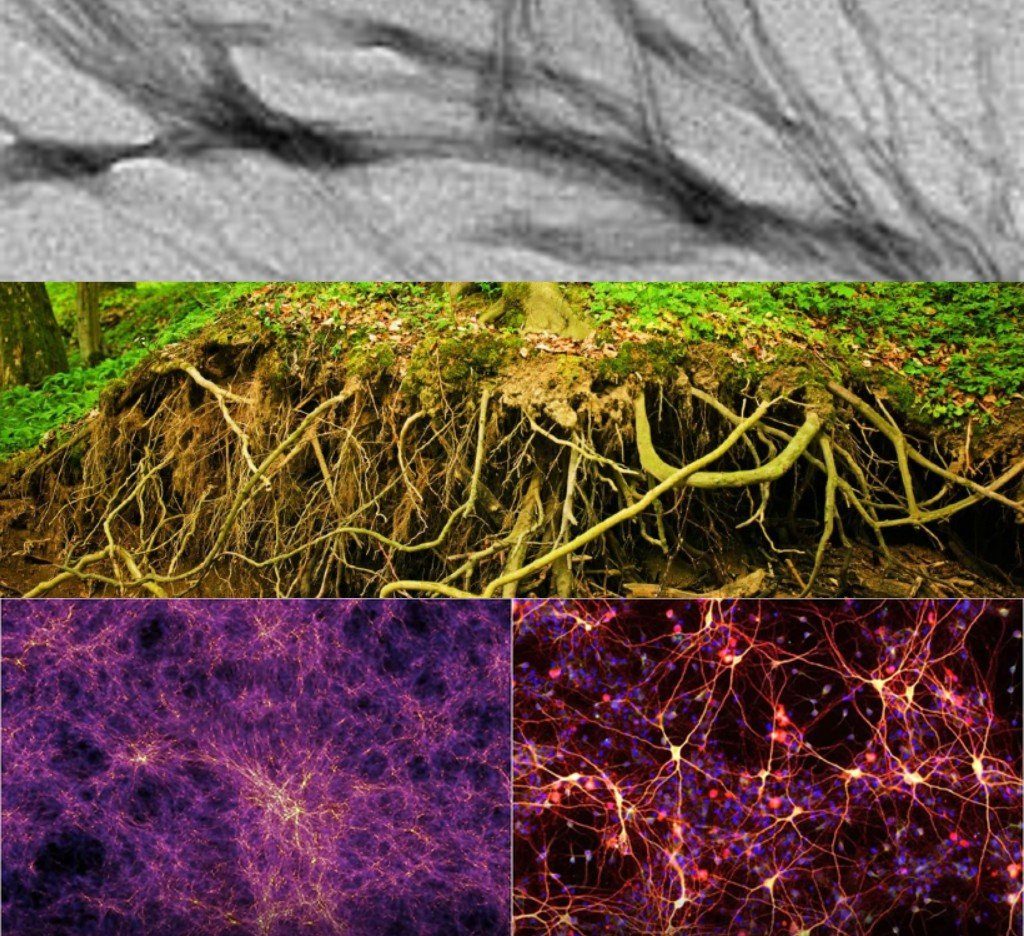 Suppose we contemplate this thought that everything is the ‘same’ and from the same ‘place’. Imagine the interconnectivity of that. For some it is scary to imagine, to contemplate for too long, I must admit, even I feel nauseous sometimes, because it is like vertigo, there’s panic as we stare into the unknown. But I also find it a bit of a rush too. Feeling helpless and small sometimes makes me realise that I’m capable of almost anything. If DNA can exist and create life, than what can we do as humans!?

The unimaginable. Hopefully not the unthinkable! Striking that balance is what has inspired me to write this blog post today…

I know I have spoken often about the corruption and tyranny of the greedy, especially of late, so I don’t really want to dwell on that today, but just like our brains and the universe, they are connected!

There is a saying, ‘as above, so below’, which is also considered, ‘as within, so without’ and of course, the modern day, ‘you are what you think’!

We can change our outward world by altering our inner world. This is how we manifest the things we want.

I can only tell you that this is what I’ve found to be true, based on experience, both in the positive action of ‘doing’ as well as in the limbo of depression. I was told it, but as with most things, I needed to realise it for myself.

These realisations come with a bang all too soon but rarely soon enough.

I say ‘soon’, that could be one year, five or maybe twenty, but when it comes it certainly feels as if the time before the epiphany was only yesterday, it can be painful if it feels as though the time has flown by and you’re not where you want to be.

I mention this point because that is another reflection of relativity as far as our ‘human state of being’ is concerned. Those vibrations are agony especially if you hold a dream close to your heart.

The cure for that pain…

“A Dream written down with a date becomes a goal.

A Goal broken down into steps becomes a plan.

And we’ve all heard the classic, ‘Failing to plan is a plan to fail!’.

So I wonder-time again-then, why we’ve not cured world hunger, attained world peace or ‘saved the planet’ yet?

For years I was in bands, where we either never had a plan, so did nothing or we planned and then changed the plan as were not properly actioning it and so we stagnated and eventually did nothing.

I feel like that chaos is embedded in humanity, we all want different outcomes, for ourselves, for our tribes, so most of us are all bobbling around while some are bouncing with conviction. It all seems so out of sync.

We need to remember that this is why we pay taxes!! In any pack, the leader is there to defend the rest, that’s why they get to eat first.

We pay because we require our leaders to protect us, do what’s right by us, not to take advantage of us, but the way the plan is rigged right now, they are simply riding their wave to obtain a hefty payout. It has nothing to do with keeping us safe.

Where have all the good leaders gone? Perhaps things are too large to handle, perhaps this has always been the way of things since Civilisations came into being. Before that perhaps the necessity was greater that our leaders risk sacrifice themselves for our benefit. It was all part of the job description.

Anyway, I said I wouldn’t get into that, but please bear it in mind as if you’re like me, you believe in community and structure for survival.

I’m just scared that we’re failing as a species because there doesn’t seem to be a joint plan, everyone has their own agenda.

Don’t get me wrong, I also believe in a certain level of selfishness.

Elements of Ayn Rand’s philosophical beliefs appeal to me. Not all, but some. Perhaps that’s why I admire Elon Musk’s efforts, but resent Putin’s. Detest Besos’ but appreciate his empire.

How easy is it to know who has our best interests at heart, who’s moral compass is in-line with out own? Can we tell who is friend or foe, or is it hard to spot? Some people ‘turn’ when they realise power and then fear losing it.

The best leaders know that the power they hold is temporary and for a price, they know that they only deserve the rewards for as long as they are truly committed and fully responsible, not simply ‘owed it’ for just squirming in the hot seat. (You can read whatever political weight you want to in that last line.) 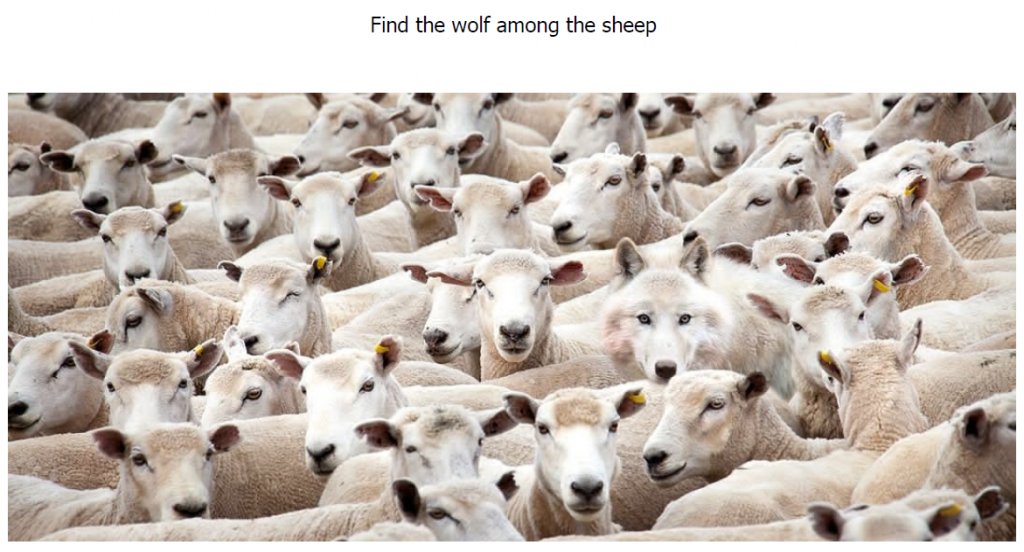 I suppose time will tell whether anyone is right or wrong, but that too is the wrong attitude isn’t it!? Kind of saying, it isn’t up to me, what can I do!?

Consistency over time builds trust. This works in relationships, love, even this process, growing a community, I know you need to see a level of consistency from me that will help you trust that I say what I mean and mean what I say.

Non of us are stupid.

We need to see that from our world leaders and the many billionaires, we need to trust them, to know that they will be making the right choices for us too and that way we would allow them to pursue their own agendas.

I wonder if you agree with me? Leave a comment below or email me!

What about this, DNA looks an awful lot like a sound wave, don’t you think?

If everything is truly made up of the same particles and space in-between then everything is vibrating. By that rational, if we vibrate at a level that connects with the universe then surely we can do anything no matter how big or impossible that may seem.

If there’s one thing to take away from this blog, I hope that it is inspiration.

I hope that you match your vibrations to the level of your desires, plan and action with the energy it takes to make your dreams a reality.

I’ll sign off with one of my favourite quotes,

“Everything is energy and that’s all there is to it. Match the frequency of the reality you want and you cannot help but get that reality. It can be no other way. This is not philosophy, this is physics.” –  Albert Einstein

Thanks for reading and again, for all your support, it means a lot to me.